Whenever and wherever people gather nothing is as effective in forming camaraderie as the shared experience of food.  At ROSS Catering we make your gatherings deliciously enjoyable with freshly made food delivered right to you.  Whether at the office, meeting hall, party venue, really, anywhere people get together.  ROSS Catering can help you take your party or event to the next level.

Our drop-off catering menu features original recipes, with options ranging from modern  classics to the tried and true more health conscious dishes.  Our talented chefs are happy to customize your menu, tailoring the dining experience to meet your specific needs and desires. We also offer a variety of special services that include boxed meals, hot buffets, and a event catering options from simple boxed business lunches to full wedding dinners and civic social events.

To bring the joy of camaraderie, fun, and fellowship with good food at fair prices.

To enable our customers to be worry free about their breakfast, lunch, dinner, or special event meals.

Owners Chris Sutton and Martin Elton have been trend setters in the vibrant Kansas City Culinary scene for decades. Two captains of industry with over 60 years of food service experience have joined forces in ROSS catering.

Chris Sutton former CEO of KC Hopps one of Kansas City’s largest and most successful Restaurant groups lends his knowledge and passion for food great food to the team. Chris is a past winner of the prestigious Restaurateur of the year award and multiple service awards.

Martin Elton is a past president of the oldest restaurant association  in  the nation. He has won several awards including the Ed Grey service award and has been honored by Kansas City and the state of Missouri for his help in the success of Kansas City Restaurant Week.

Our goal is to provide a superior customer experience 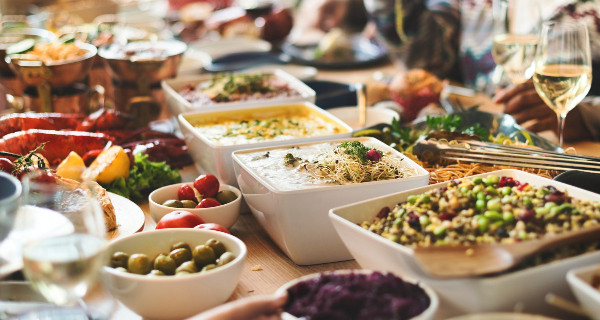 Our catering menu incorporates a variety of flavors, reflecting our passion for creative food.